It is my privilege today to publish a guest post from a long-time online friend. I first “met” Cinnamon in the homeschooling, large family blog niche, where we both blogged almost 10 years ago now.

We have a lot in common… large families (she has 11, I have 12 children), we both homeschooled for many years, we both love participating in endurance sports, and now, sadly, we are both single mothers after escaping abusive marriages.

It’s overwhelming enough to figure out how to safely escape an abusive relationship when you have one or two children and have supportive friends, family or other resources, but escape is an entirely different beast to navigate when you have a large family, have been out of the workforce homeschooling for many years (no current marketable job skills), live in a rural area and have absolutely no support or resources. I know that you will be inspired by Cinnamon’s brave story.

I have posted her photo and bio at the end of her article (her bio was written by one of her older daughters ~ I love it). You will find a link to Cinnamon’s blog in her bio. Please visit her there too where you can read more of her amazing story and leave her some encouraging comments.

Hello. My name is Cinnamon Kerschner.  I have spent the past 24 years homeschooling my 11 children. I love to run. I have completed two half marathons with my daughter, Gaela. I am 49 years old. Six of my eleven children still live at home. They are my pride and joy! Those are the good parts of my story.

Then reality sets in and ……..you find out….I have been separated from my husband of 32 yrs because he was arrested for domestic violence last year. 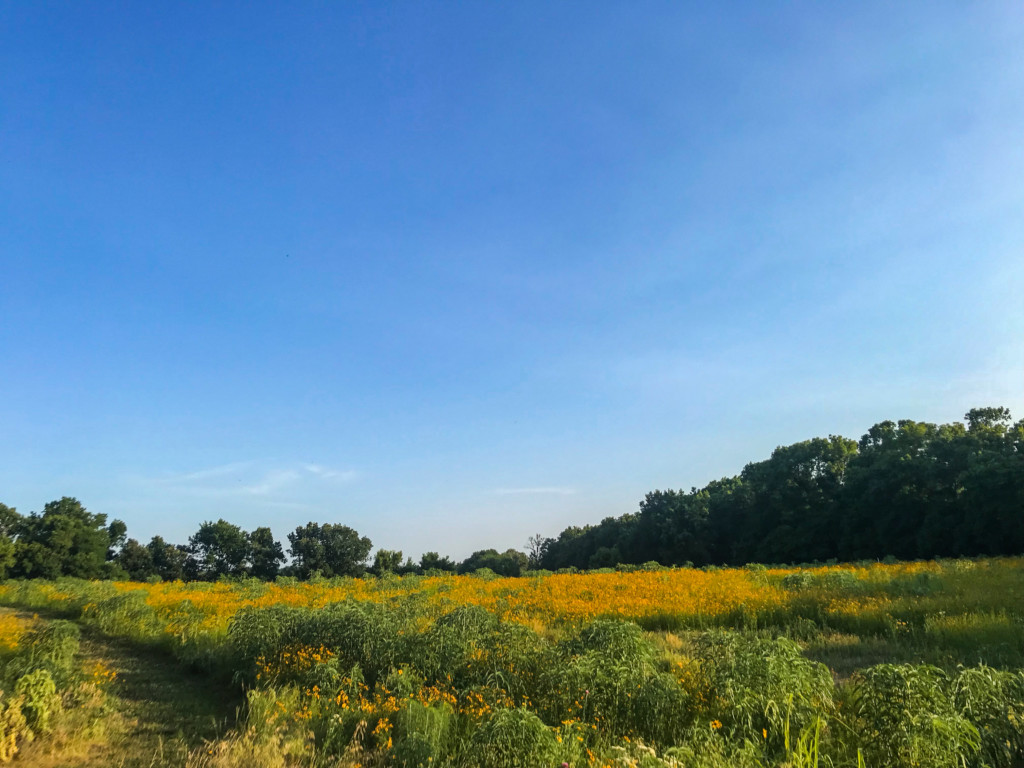 His need to be honored, respected and praised were more important to him than the welfare of his wife and children. Things escalated when we no longer believed his lies. His manipulative behavior, controlling actions, lies, secret life, perverse internet history and threats to our children revealed who he had always been. The difference was, now I could see it. His abusive actions were witnessed by my 6 children and have permanently scarred us all.

One daughter has nightmares and heart problems from the constant stress he subjected us to in our home.

Another daughter shakes uncontrollably when she talks about what he did and how he emotionally abused us all while no one did anything about it.

My three year old grabs onto me in his sleep, making sure Mama is there and he is safe. Another daughter cries each time someone  brings up the subject of domestic violence. He damaged us all. He cut emotional wounds into our souls. The day he left, he was in handcuffs, escorted by our local Sheriffs dept. He was arrested for being physically violent with me. Emotional abuse is the precursor to physical violence.

As he was being handcuffed he was yelling obscenities at me, telling me he would no longer pay for our insurance and would no longer give us money. That was our penalty for calling for help and revealing his true nature. 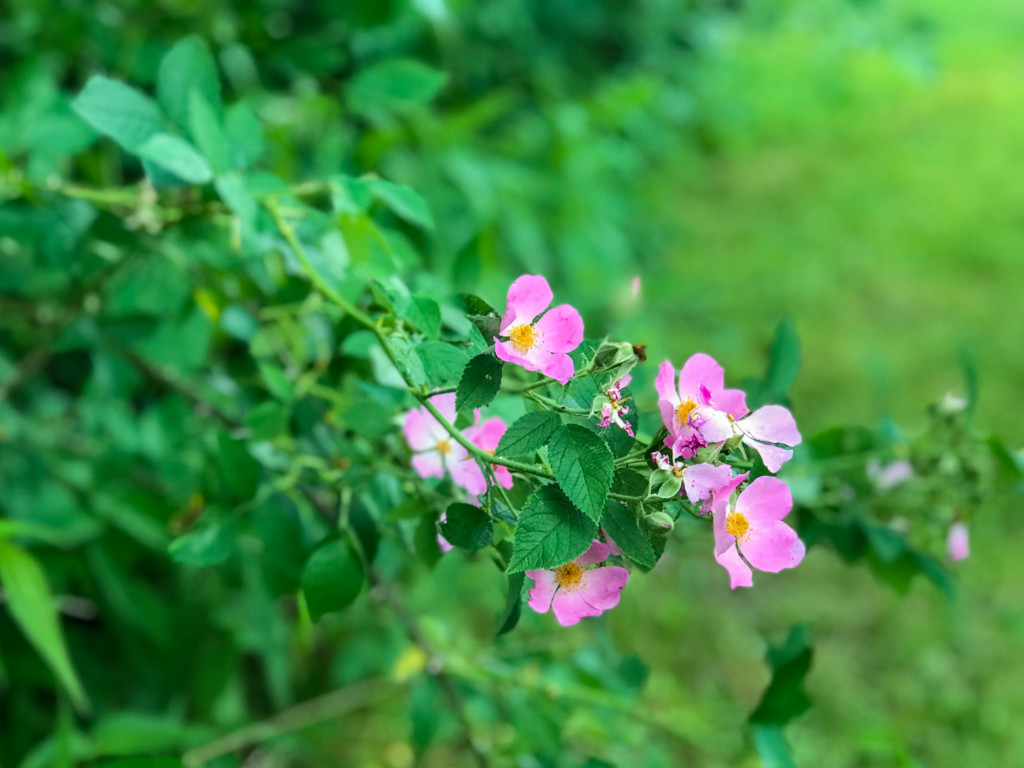 When I reached out to the military, since my husband was in the National Guard, I was told they had no help for me. No resources. No home. No assistance. They left me, and my 6 children, defenseless against a man they helped create.

When I reached out to local resources there was nothing. No housing. No legal help. An advocate at an 800#, that would listen to me, was the extent of my help.

When I applied for legal aid, 4 times, I was denied because they were too busy. I cried on the phone when the lady told me they couldn’t take my case.

I lived in a small town of 300 people with 3 churches. Not one came to see if we were ok. 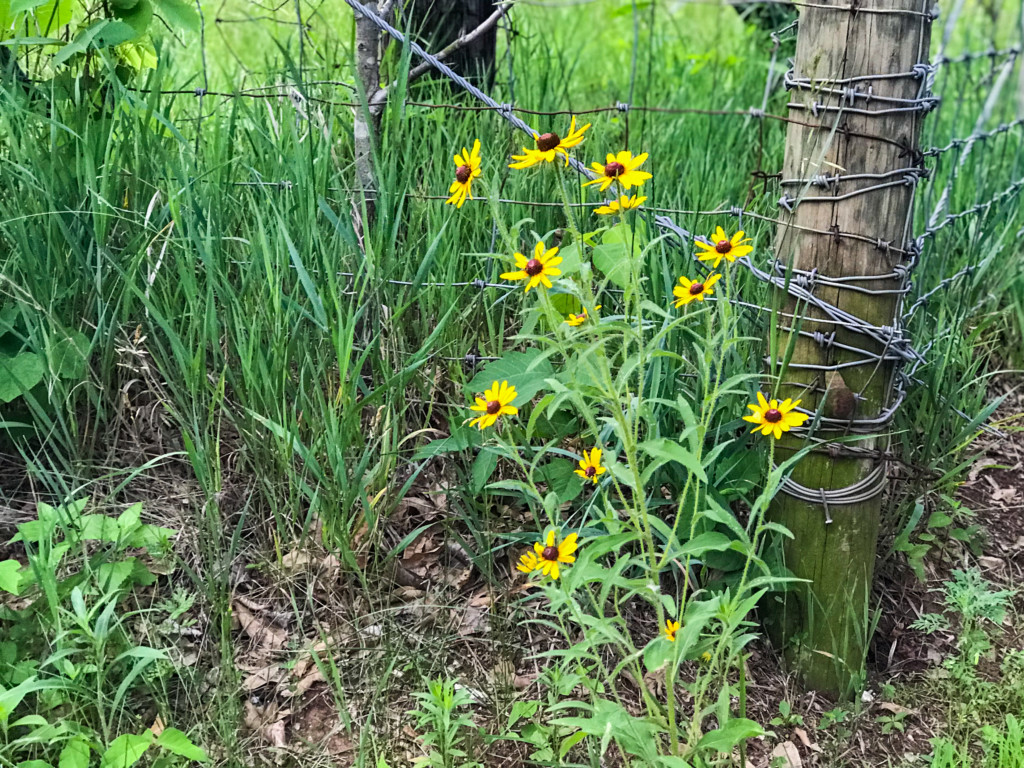 Soon after this we discovered that my 2 year old  had lead poisoning from the house we lived in. He had also developed a lung problem from the moldy conditions in the house. I was sick with worry. Again, I reached out to the military and local resources, Again, they told me they had nothing for me.

I began frantically looking everywhere for a new home. I didn’t work. I had no income. My husband  gave us some money but he continued to play games using money as his tool for control.  Sometimes the money would be late. Then he would give only part of it. Then he completely stopped providing in any way.

No one, outside of my children, knew about this. How do you even begin to explain the emotional, verbal, financial and eventually the physical abuse we had been enduring.

I learned to look at his actions and not listen to his words. When he said he loved me I looked at the home he promised to fix, that was filled with lead, mold, rotting/weakened floors, thin windows that would freeze every winter and his actions started to become clearer and clearer to me. Almost screaming to me how he really felt.

I learned to not have circular conversations. The kind that went no where for hours.

A no contact order was issued the evening he was arrested. That was June 17, 2017. I haven’t spoken to him since. He’s made no attempt to contact ANY of the children. He only gives us child support because a court order has the state take it from his check. Otherwise he’d give us nothing. 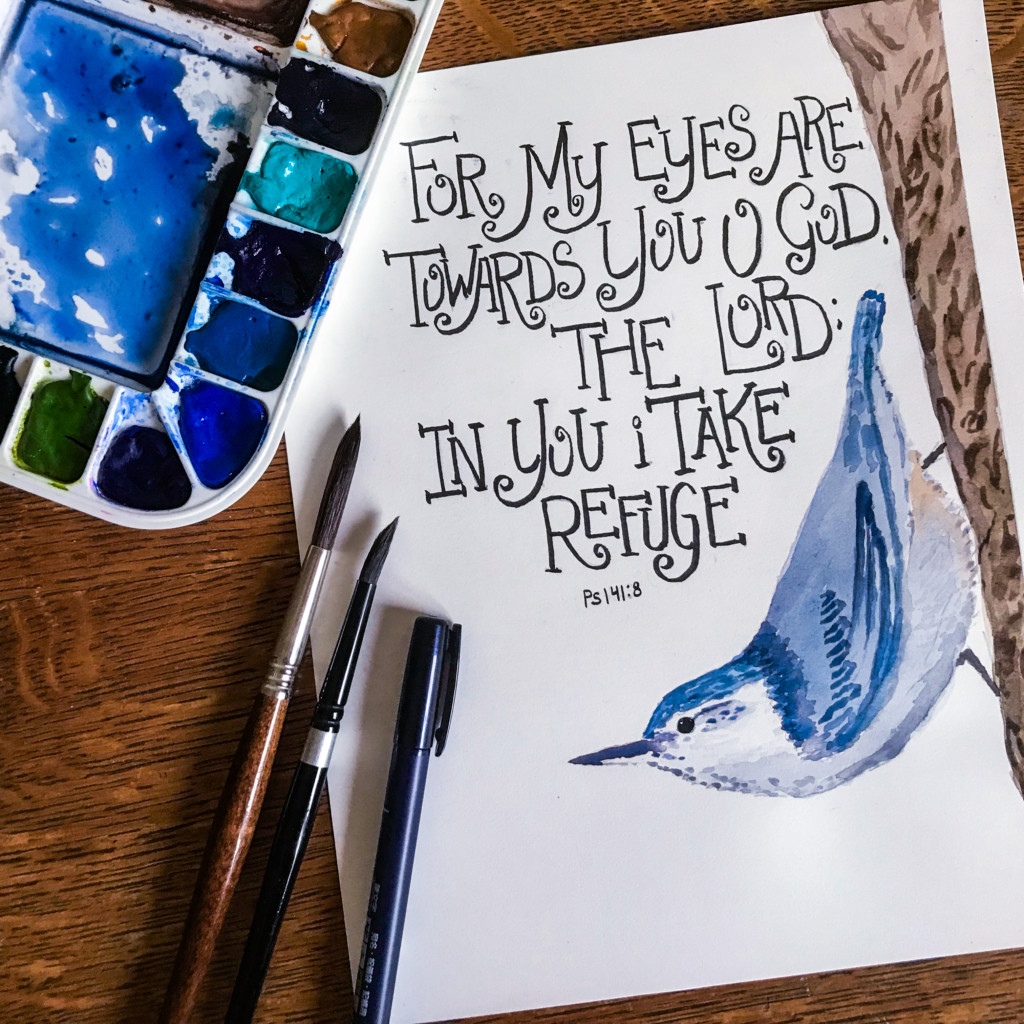 prints available in my shop soon!

But even with no job, no money, no where to go, no car big enough to drive us all away, we left. We headed toward better health, freedom, and our future.

The first night we left the lead infested home my 2 yr olds breathing problems went away. Within a week my son started to sing songs and say new words. You see, because of the lead poisoning, my 2 yr old had never said Mama. He didn’t interact with us. He didn’t respond when we called his name. He didn’t say more than 10 words. Leaving that home was, by far, the very best thing we did for his health.

Today I can walk around town without fear of running into my husband (yes we are still legally married with zero chance of reconciliation). My children’s health has improved – the heart problems, the fear, the worry, the contaminated house- are becoming our past. We all suffer from PTSD. We all have different triggers which momentarily scare us to death and throw us back into the hellish life he created for us.

Getting a divorce is now something I look forward to (it costs a lot of money to hire a lawyer). I’m not unhappy or frightened about my future. I’m FREE and thrilled to be able to look forward to a life that has HOPE!

We ALL have hope for a future. We live in a home that is healthy. We laugh together and encourage each other and head toward our future with excitement.

You can too. No matter where you are. You can get from  hopelessness to safety, live an abundant life and be filled with hope.

Take one step. One small step. Ask someone to take it with you, but take it. If anyone is here and is going through abuse please reach out and keep reaching out till you get help. Would you do me a favor? Visit my website and either leave a comment or email me personally if you are in an abusive relationship or think you might be. Let me know your needs. It’s my desire to help find answers to your needs. There are good people in this world that can help. We can all lend a helping hand.

And if you’re visiting here and you aren’t being abused I have a favor to ask of you…BE THAT HELPING HAND.  Reach out to help lift up and protect the women and children that are being abused. They live in fear. That have no hope. You just might be the hope they have been waiting for. Contact me or leave a comment on my site of how you would like to help.

They need you today. Will you reach out and spread hope with those who need it most?

Cinnamon’s bio (written by her daughter!): 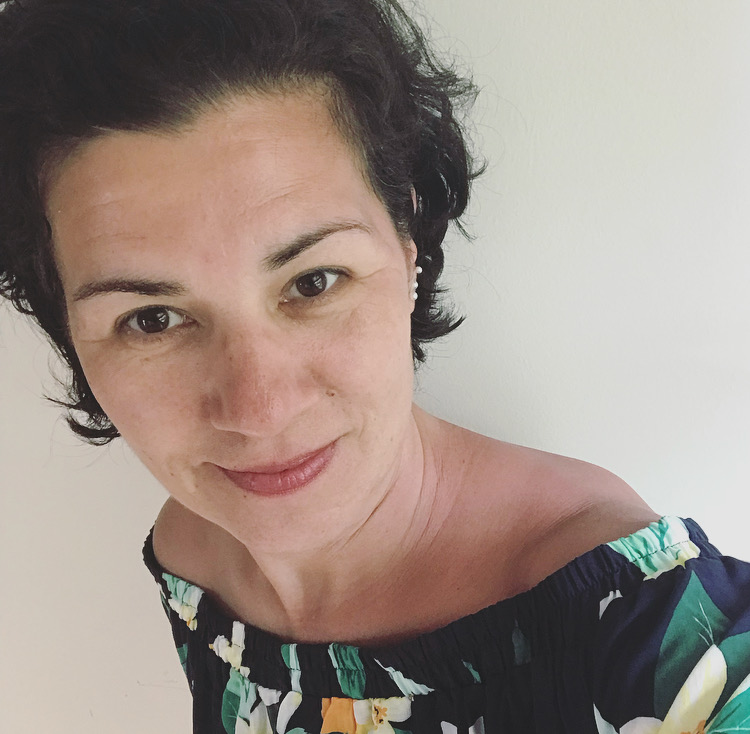 This woman is insane. She has been dragged through the pit of hell, managed to break away from it and put a smile back on her face. She loves to run, and I mean RUN! In the past three years she went from never running to completing the C25K. Then going through it with each of her 3 girls and running two half marathons with her 15 yr old daughter!! She is always encouraging those around her to do better. Not just to help them, but she continuously talks to them, walking right by their side as they move forward.  She never has a dull word to say. Talking with her makes you feel like you can conquer the world. Cinnamon is a mama, a runner and a woman who is seeking daily to better her life and her children’s lives.  Oh, did I mention, she has 11 children? She is all about speaking up and moving forward.

Where you can find her:

www.sperospera7.com where she offers hope to women dealing with abusive relationships.

www.mapsonourwalls.blogspot.com where she shares stories about her 24 years of homeschooling and offers her coaching services to new homeschoolers. 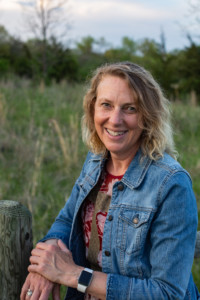 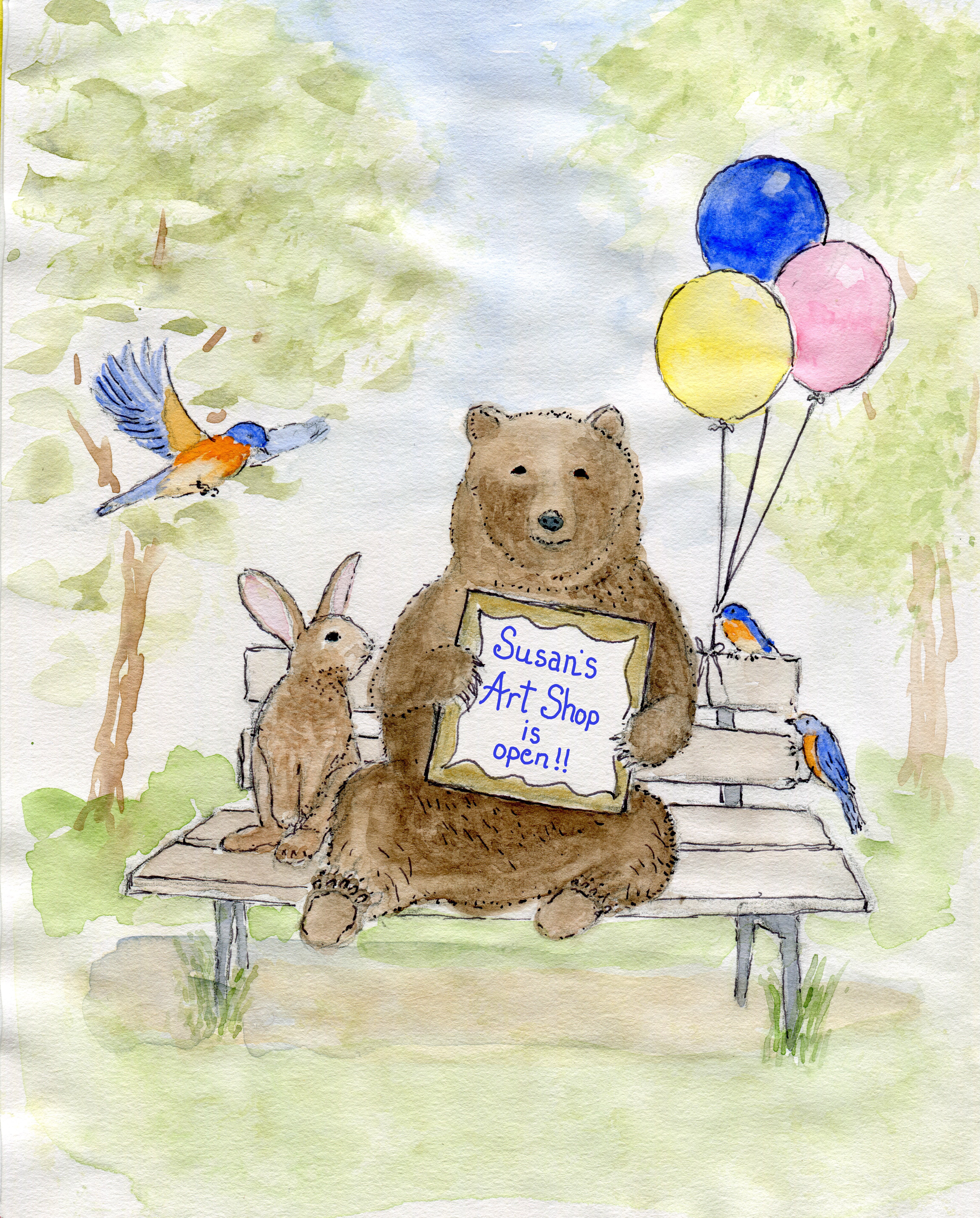 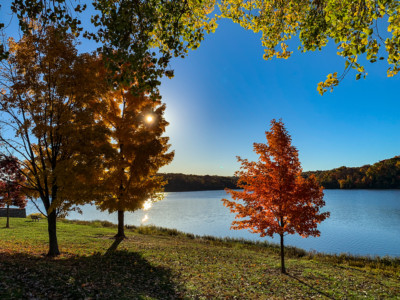 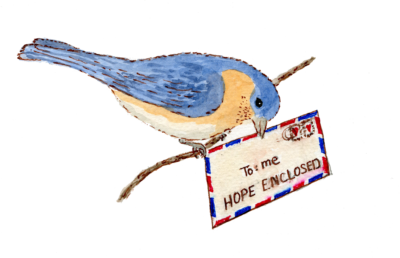 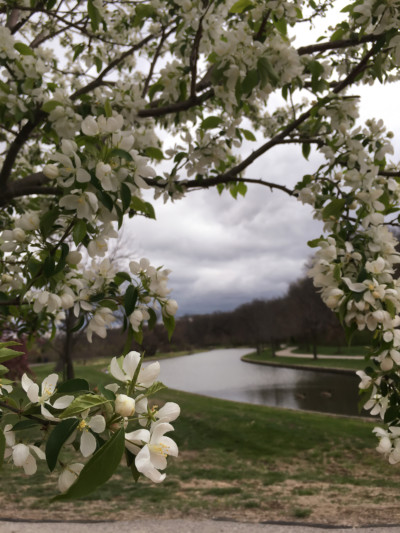 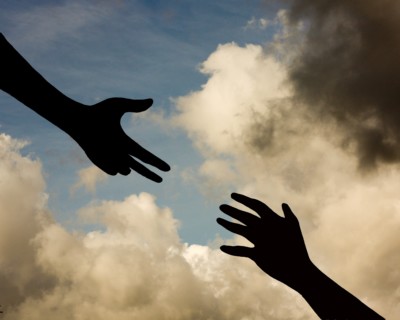 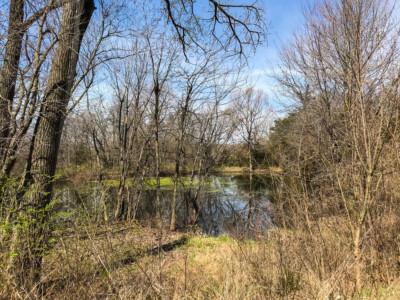